Register free for our breaking news email alerts with analysis and cutting edge commentary from our award winning team. Registration only takes a minute.
Register for email alerts

The takeover battle for ARK Invest is over, with the firm’s chief executive Cathie Wood paying an undisclosed sum to ‘extinguish’ the option agreement that could have resulted in her losing control of the company.

The deal brings to an end a dispute that had been running since November, when ARK’s minority shareholder and US distributor Resolute Investment Managers set out plans to exercise a 2016 option to take a controlling stake in Wood’s company in 2021.

The move by Resolute was initially met with criticism by Wood, who publicly said she was ‘disappointed’ by the plans to ‘seize control’ of the firm she founded in 2014.

The dispute has been settled with Wood (pictured above) paying an undisclosed sum to extinguish the option, according to a statement from both firms.

Wood has paid for the deal via a ‘multi-tranche term loan financing facility provided by Eldridge Corporate Funding,’ according to the statement.

Resolute will remain a minority shareholder in ARK.

‘Cathie Wood and her team have done an exemplary job building ARK Invest from the ground up, and we look forward to supporting the firm’s momentum for years to come,’ Resolute chairman and CEO Gene Needles (pictured below) said in a statement.

‘We’re pleased to continue being an instrumental part of ARK’s growth, a role we have fulfilled since acquiring a minority investment in the company in 2016.’ 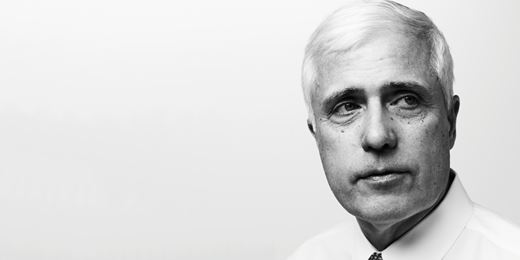 The two firms have also settled a second part of their dispute, over Resolute’s role as ARK’s US distributor. In October, ARK had published a request for proposal for a new distributor of its US retail and institutional strategies, to replace Resolute.

In their statement published today, the two firms said Resolute would continue as ARK’s distributor, and that the two businesses would collaborate further on digital distribution strategies.

‘We can succeed only with strong partners by our side and we are delighted to have reaffirmed the partnership with Resolute for our US distribution,’ Wood said.

ARK has enjoyed a banner year in 2020. As of December 10, it had brought in net $12.4bn and in the process become the 80th biggest asset manager (by mutual fund and ETF assets) in the US, up from 178th the year before. This was largely due to the phenomenal success of its flagship ARK Innovation ETF, which was up a staggering 139% for the year to 10 December, thanks to a big stake in Tesla and some Covid-friendly plays such as Teladoc Health and Zoom.

By Margaryta Kirakosian - 15 Jan, 2021
Read More
Most Popular
We use cookies to give you the best experience on our website. You can continue to use the website and we'll assume that you are happy to receive cookies. If you would like to, you can find out more about cookies and managing them at any time here. This site is for Professional Investors only, please read our Risk Disclosure Notice for Citywire’s general investment warnings
We use cookies to improve your experience. By your continued use of this site you accept such use. To change your settings please see our policy.